There are fabulously interesting moment in the history of American poetry when the dike breaks, as it were, and a flood of poetic forms begin to circulate in the culture. Longfellow’s uses and adaptations of poetic forms, Whitman’s barbaric yawps, the formal and conceptual dynamics of Dickinson––these selected poetic projects have engaged poets and shaped the context for subsequent innovations in poetic form.

Below I have included some questions to ask a poem––a selection of queries that may serve to open up a poem in particular ways, and complement what Robert Pinsky calls the “hearing knowledge” we all have as speakers of language. The questions are points of entry that can guide us to ways of seeing, and thinking, gaining a deeper enjoyment and understanding of poems. You will also find some poems that you can use to try out some of these questions and see where they take you.

Is the soul solid, like iron?
Or is it tender and breakable, like
the wings of a moth in the beak of an owl?
Who has it, and who doesn’t?
I keep looking around me.
The face of the moose is as sad
as the face of Jesus.
The swan opens her white wings slowly.
In the fall, the black bear carries leaves into the darkness.
One question leads to another.
Does it have a shape? Like an iceberg?
Like the eye of a hummingbird?
Does it have one lung, like the snake and the scallop?
Why should I have it, and not the anteater
who loves her children?
Why should I have it, and not the camel?
Come to think of it, what about maple trees?
What about the blue iris?
What about all the little stones, sitting alone in the moonlight?
What about roses, and lemons, and their shining leaves?
What about the grass?

“Poetics starts with attested meanings or effects and asks how they are achieved. (What makes this passage in a novel seem ironic? What makes us sympathize with this particular character? Why is the ending of this poem ambiguous?) Hermeneutics, on the other hand, starts with texts and asks what they mean, seeking to discover new and better interpretations.” (61)

Prosody and Versification: counted lines (regular number of beats), free verse (irregular number of beats), prose. Is the poem long or short? Narrow or wide or irregular? What do you observe about the physical appearance of the poem on the page? Is it in stanzas?  verse paragraphs? Are they regular, or do they change? Are there patterns of repetition?  End rhymes?  What is the rhyme scheme? Does it vary? Rhythm?  What is the meter and where do variations occur?  Alliteration, assonance, internal rhymes? Are the lines end-stopped or enjambed? How many sentences are there?  Do the sentences coincide with or differ from the lines? Where do you get to breathe? Can you find pauses (caesuras) within the lines? Do these pauses always fall in the same place in each line? Are there parallel structures or repetition of phrases? Do you find instances of anaphora? Can you see patterns of contrast, cause and effect, or other organizational principles? Are there items in a series?  Where would further elaboration of the series lead? Why does the poem stop where it stops?

Order, Argument, Plot, Closure: Does the poem move forward in steps that suggest an argument? Is it logical? Is it persuasive? Does the poem pose questions and provide replies? Does the poem tell a story? Is there a pattern, such as a sequence? Repetition and variation? Refrain? Do subsequent lines transform the way we understand earlier lines? Describe the pace of the poem, after reading it aloud several times. Does the poem have strong or weak closure?

Grammar: words, parts of speech (nouns, pronouns, verb, adverbs), phrase, syntax. Formal or informal? High or low? Abstract or concrete? Monosyllabic or multisyllabic? Does the work participate in a discourse? (i.e. psychology, theology, patriotism, dissent) Does the work have an implicit politics? Is the work inflected by gender? Does power operate in the work ? What is the most interesting word in the poem? Why? Are the lines of the poem full of nouns? verbs? What tense(s) does the poet employ? Does the poem employ adjectives and/or adverbs? Do the parts of speech employed suggest metaphors? (Many clichés work this way: “It was a heavenly day!”). Does the poem contain words in another language?  Which language? (Does a poem that quotes Latin differ from a poem that quotes Yiddish?) Does the poem employ different kinds of diction in different places? What is the register of the diction? abstract, Latinate, proverbial, lowly, etc.? Does the language include absolutes? comparisons? contrasts? tautologies? Describe the tone of the poem: Does it change as diction changes? What is the relation between line and sentence? How does punctuation work to control the pace of a poem?

Movement or Change: Evaluate the changes or shifts in the poem: changes in diction, syntax, form (meter, rhyme scheme, stanzas), speaker, mood, tone, metaphorical register, image patterns. How do changes or alterations in pattern work: by inversion, by contrast emphasized by parallel structures, as a response to an event, or an image, or as part of a dialogue? Are the changes a part of an implied plot? Does tension build up?  If so, how is it released? Does the poem place change between equilibrium and restored order? Is there a sudden reversal, change of direction (peripety), or a drop in level (bathos)? Does the ending make a significant change?

Person, Speaker, Persona: Who is speaking, and to whom? Are names provided? Do you have a sense of age, gender, rank, relationship? What is the person of the address (first, second, third, plural and singular)? Is something/one absent being addressed?  or something/one present? Does the poem employ apostrophe? What questions does the speech invite? What questions does it discourage or prevent? Is there more than one voice? What motivates the speech? Does the utterance erupt out of a situation? What is the purpose of the utterance? What other purposes does the speech serve? Is there a gap between the speaker’s intention and the implied intention of the writer?

Metaphor, Simile, Metonymy, Synecdoche: Does the poem use similes in an explicit comparison, with the words “like” or “as”? Are the objects carrying a metaphorical burden? Where does this relationship break down or become hard to untangle? What kind of metaphors do you find in the poem? Do the metaphors encourage an allegorical reading? Does the metaphor go so far that it becomes farfetched? (catachresis) Is the metaphor worked out in elaborate detail? (conceit) Do the objects or images stand for related concepts, of part and whole? (Look up metonymy and synecdoche). Does the poem employ both metaphor (or simile) and metonymy? How are the  metaphors/metonymies related to one another? What motivates them? 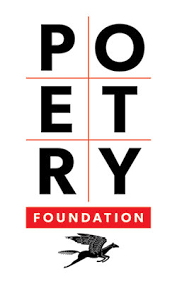