Using the hyperlink to (re)claim the opportunities for reading, thinking, and writing on the web

“I found when I had finished my new lecture that it was a very good house, only the architect had unfortunately omitted the stairs.”

A couple of weeks ago we talked about the writing conventions most of you have mastered in school as predominantly conventions for print media and, more specifically, for the traditional print-based cultures of academic institutions. I explained that writing on the web is different than the kind of writing you will be doing as a college graduate, writing for the web.

Today in class I mentioned the word hypertextuality. Then I began to talk about the concept of hypertext and the use of hyperlinks in your essays. The hyperlink is a simple and reliable method for digital citation that makes possible open access to distributed sites of information. It changes not only how we write, but a way of reading that is not possible in print media.

Why does this matter? 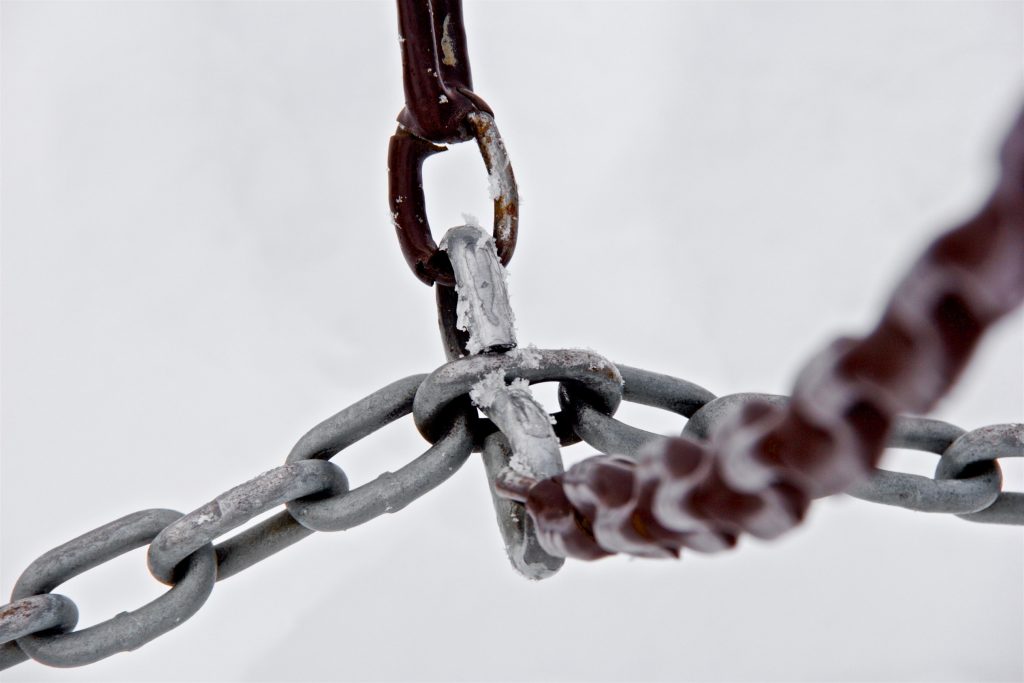 The musicologist and digital media specialist Kris Schaffer proposes the following answer to the question:

Think about it this way. If I’m the first person to take a primary source, transcribe (or translate) it, and annotate it with hyperlinks, and my public, digital writing gains traction, it will fast become the go-to source at the top of the search results. My hyperlinks and commentary will become the portal to the resources that people engage to gain context, background, and nuance. It’s a tremendous responsibility, but also a tremendous opportunity, to connect my skills as an academic and a humanist to the issues of the day, in an attempt to bring nuance and truth to the public consciousness.

In Education in the (Dis)Information Age, an essay I will use here to elaborate on the importance of using hyperlinks, Schaffer writes, “if no one does this, or if they wait too long, the clickbait and conspiracy theories will win out.” One of the salient points Shaffer is making is that social media platforms

have worked hard to kill the hyperlink. Sure, there are plenty of links to click on, but they aren’t generated by users. Remember the difference between a link and a URL. I can paste a URL into a tweet or a Facebook post and it becomes clickable, but I cannot write in hypertext. I cannot annotate and link my writing with that of others. And including multiple URLs confuses the platforms! (It would be ironic that platforms whose financial well being is determined by clicks would have this problem — if we didn’t know better.) Social media are designed to share text, images, video, and articles, but not to write in hypertext — the language of the web. After all, if I actually click on all those links, I leave the platform… and take my ad-revenue-generating clicks with me.

The problem is that we have become increasingly habituated to proprietary platforms that only pretend to have our interests in mind. Here is another writer, Jim Groom, making a case for what he calls reclaiming the open web (Jim is one of the architects of the Domain of One’s Own project that is one of the sources of kscopen.org). The context for his remarks is the outrage over Facebook’s data release:

Whether hacked or handed over, did we really doubt that sooner or later we would pay dearly for the “free” services we have gorged ourselves on for more than a decade? I guess that makes the current moment of outrage seem a bit disingenuous, or at least somewhat absurd. In the end, to be a good citizen of the web you have to be willing to take some ownership of your online presence, and that means taking the time and spending a bit of money (although not all that much) to build something on an open platform outside the corporate spaces that have become ubiquitous because we’ve often settled for less when it comes to the open web. WordPress is my drug of choice, and 13 years later it remains a robust open source community that powers near a third of all sites on the web. More than that, it makes me feel like I have far more options through this tool then just about anything else I do online, which in turn allows me to define my presence to a much greater degree, not to mention build course sites, research sites, web services, and more.

Jim is making a case for a consequential choice between closed and open platforms. And he is aware of the ways that higher education continues to move toward data extraction in the name of personalization to “improve” (make more efficient, mostly) cultures of teaching and learning in colleges and universities. Caveat emptor.

The problem is also how we are describing our digital lives. In simple terms, the metaphor of the web has been supplanted by the metaphor of the stream. In an essay in The Atlantic 2013: The Year “the Stream” Crested Alexi C. Madrigal writes, “The Stream has been the organizing metaphor for the web for the past several years.” Madrigal calls on Erick Schonfeld to explain how “Information is increasingly being distributed and presented in real-time streams instead of dedicated Web pages”:

Web companies large and small are embracing this stream. It is not just Twitter. It is Facebook and Friendfeed and AOL and Digg and Tweetdeck and Seesmic Desktop and Techmeme and Tweetmeme and Ustream and Qik and Kyte and blogs and Google Reader. The stream is winding its way throughout the Web and organizing it by nowness.

This shift in the way we talk about and use the web has been happening for some time. As the Iranian-Canadian blogger Hossein Derakshan writes in The Web We Have to Save , “The Stream now dominates the way people receive information on the web. Fewer users are directly checking dedicated webpages, instead getting fed by a never-ending flow of information that’s picked for them by complex –and secretive — algorithms.”

Not unlike the meme “Kill Your TV,” a parallel instance for our age appears to be delete your Facebook account. The problem, as Derakshan explains, is the seductive efficiencies of digital technologies:

The Stream means you don’t need to open so many websites any more. You don’t need numerous tabs. You don’t even need a web browser. You open Twitter or Facebook on your smartphone and dive deep in. The mountain has come to you. Algorithms have picked everything for you. According to what you or your friends have read or seen before, they predict what you might like to see. It feels great not to waste time in finding interesting things on so many websites.

But are we missing something here? What are we exchanging for efficiency?What we are missing is agency and control. Indeed, the reach of what you are writing on a platform you control is not to be underestimated. As Shaffer concludes,

It’s time we brought back the hyperlink and learned how to really use it. It’s time we used information abundance to our advantage. And it’s time we disentangled our communications from platforms tuned for the spread of disinformation. The health of our democracies just might depend on it.

So as you work on your essays keep in mind that your writing on the open web is an activity that might make a difference. The hyperlink makes visible a mind at work. In this sense, it is a technology that aligns with the theory and practice of the essay.

As it happens, our friend Emerson offers a nineteenth-century insight into the concept of networks–of words, thoughts, and texts–in his essay Quotation and Originality

All minds quote. Old and new make the warp and woof of every moment. There is no thread that is not a twist of these two strands. By necessity, by proclivity, and by delight, we all quote. We quote not only books and proverbs, but arts, sciences, religion, customs, and laws; nay, we quote temples and houses, tables and chairs by imitation.

Thinking and Making. Architectonics. Houses and chairs. At the very least, building something on an open platform, and making use of the language of the open web, offers you (and your readers) something more.